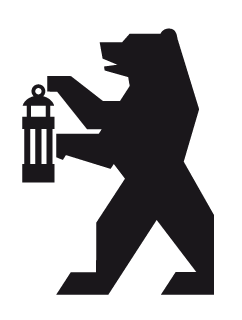 They are silent witnesses to the industrial development of our society. As fallow, they lie in infrastructural well-developed urban areas: orphaned factories, abandoned commercial areas, abandoned shunting sites. In the literature these places are often described as brownfields and defined as industrial plants “abandoned to decay”. In truth, they are urban mines, promising claims. Depending on the previous use, there are the: demolition, decay or debris, fallow, coal mines, soil debris, landfill, railway fallow, road fallow, military fallow etc.
They are often under monument protection, have contaminated soils, have increased pollutant levels and a refurbishment often does not seem profitable. For the reintegration into the economic cycle, a so-called land recycling, there are meanwhile numerous positive examples. For example, the Tabakfabrik Linz, The Spinning Mill in Leipzig or the Battersea Power Station in London.

All through Europe, green- and brownfield areas are being developed into central places in the large cities of this continent. Incubators with rich perspectives for an apparently low-perspective European society – launching pads with explicit gravitational centers towards another, better morning. Recovery through transformation, transformation through creativity! Well-organized and highly developed creative districts – places for living and residing, for work and production. Hubs for research and science, art and the creative industries, education and training, industry and artisanry. Solution-oriented and hopeful urban spaces, in other words beacons for a new European spirit – Buildings 4.0.

The international competition for the creative class requires beacons that focus, promote and reveal the innovative potential of cities. The repositioning of abandoned industrial sites also has a notable symbolic effect: A relic from the industrial age becomes the emblem of recovery through transformation and the innovative power of creative industries. Simultaneous with the progressing structural change, the revitalization of vacant industrial sites or large-scale properties is currently experiencing a worldwide boom and involves nearly every European city.
In a time of increasing automation and deindustrialization, an involvement with abandoned production halls or operating sites – particularly if they are under landmark protection – is often considered a key factor for the future competitiveness, prosperity and quality of life of an entire region. The key questions are which heavily developed ecologies will end up in exhausted vacancy (churches, factories, local banks) and which space-filling industries, akin to relay racers, will replace them. There is a particular focus on the IoE (Internet of Everything) and its effects. I am not only attentive to the increasing fusion of physical and digital spaces but also concentrates on the fundamental changes through the so-called Industry 4.0, technical progress and its social impact in general.

Forward Thinking instead of the Untenable

Machines can optimize processes and increase capacities. But – at least for now – they can’t provide creative services. This is just one reason why human creativity has increasing value, in the positioning of cities but also the power struggles between continents – it is both crisis-proof and fit for the future. Spiritual modesty is inappropriate and living beneath our intellectual standards means standing still, which is a step back. We need steps that move forward, just as we need models instead of after-images and forward thinking instead of the untenable. Our ideas must catch up with pioneers.

We know about the cultural riches, historic heritage and the significance of creative districts for Europe’s cities and regions. They are justifiably considered the rays of hope in the global competition. The mission of this age is to invoke these innate strengths, boost their status and forge alliances to advance their cultivation with empathic energy and intellectual pioneering spirit. What matters is to create a new awareness: of the ingeniousness that accompanies cultural achievements as well as of the necessity to reinterpret the factor of creative work and its spatial needs.

We need to develop spaces in which a cumulative, evolutionary improvement process can flourish through collaboration. An “ecology of making”, a maker space that can be characterized by the constant experimentation and tinkering of individuals.